This unique project, which brought together a variable number of players on the Lyra 8 synthesizer, was first introduced this spring and very well received. LyrArkestra+ is focused on performing graphic scores primarily by Czechoslovak composers in unconventional audiovisual renditions. All sounds originate in the aforementioned synthesizer, which is described as "organismic", i.e. close to living organisms in its internal interactions and functioning on the basis of imaginary "conversations" between the individual modules. Similarly, multi-directional communication takes place during the performances of the ensemble. On the one hand, there is the interaction between the players and the open score, which is interpreted in a necessarily modernised way simply due to the use of the Lyras. At the same time, the individual musicians – distinctive and diverse figures in the local, primarily improvisational scene – interact with each other in a space where they can express their own voices, but also react to the ensemble. The musical component is complemented by the visuals of Cristina Maldonado and Keya Singh, who has created a structured digital environment that both responds directly to the music and allows for an additional layer of improvisation. 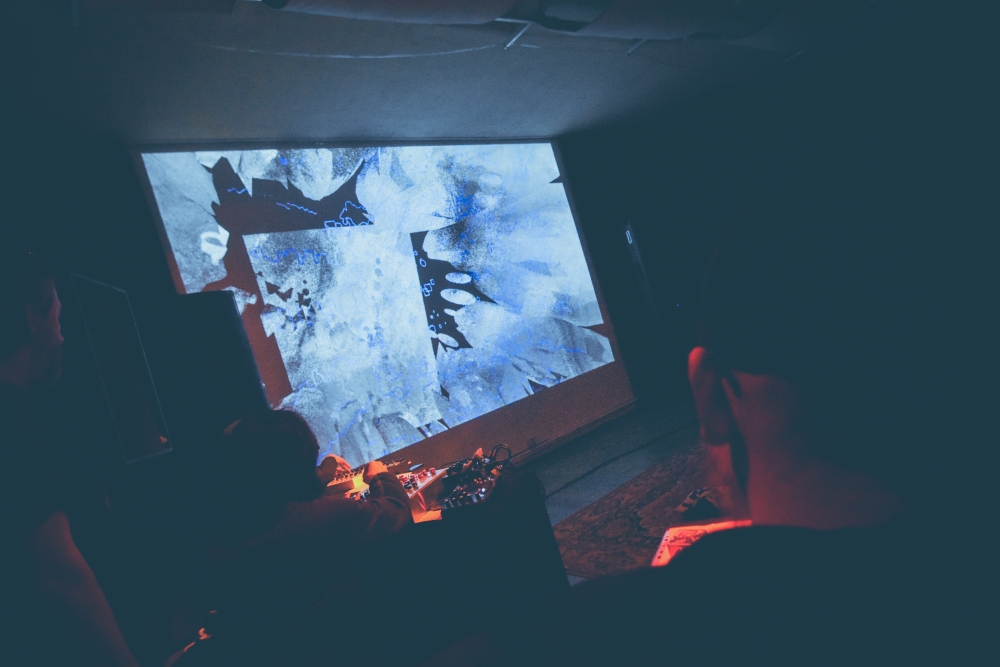