“Hypnotic minimalism stands out in a configuration providing both pure tones, and vibrations. Percussions oftentimes include individual hits, of so vanishing, unfocused multiple fire.” -Jazz World

After sixteen years the duo Kapital Band 1, constituted of Nicholas Bussmann and percussionist Martin Brandlmayr, returns to festival Alternativa. During their performances they create random rhythmical structures and instead of rehearsed parts, the duo relies on concentration, intuition, and improvisation skills, all while keeping the structure of a classic song. Their debut album 2CD has been given a nod at the prestigious Prix Ars Electronica. Foregoing the release of their second album they instead jumped straight into the recording, and release, of their third album with the fitting title Playing By Numbers. It goes even further into nonlinear microstructures and instrumental abstraction. 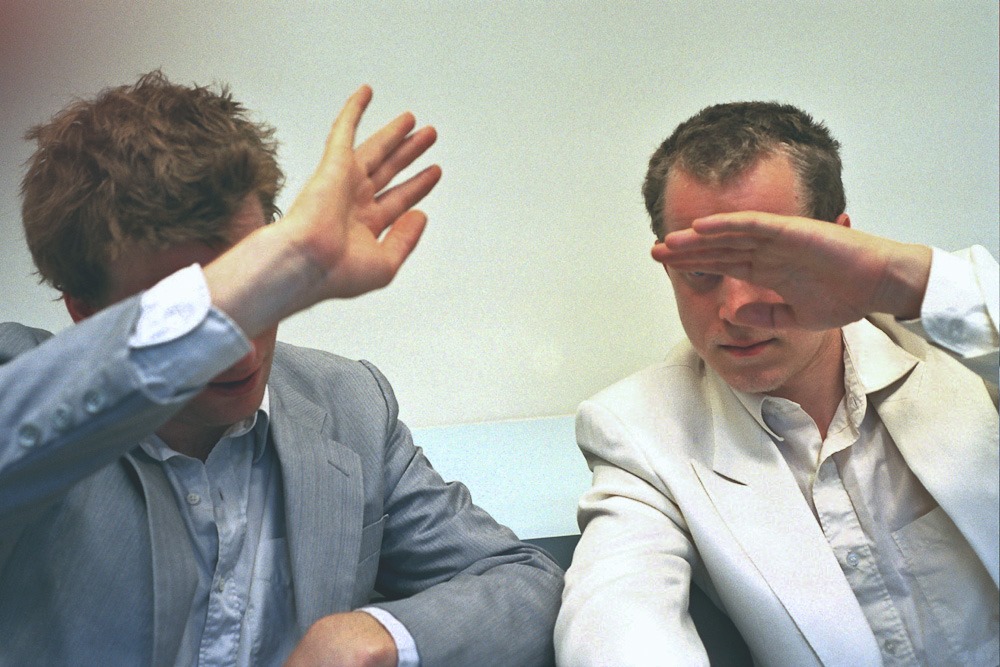